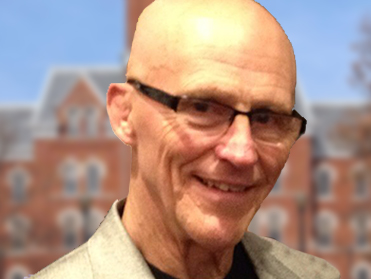 David Amerine has 45 years of experience in the nuclear industry. He began his career in the U.S. Navy, after graduating from the United States Naval Academy and obtained a Masters in Management Science from the Naval Post Graduate School while in the Navy.  After leaving the Navy, he joined Westinghouse at the Department of Energy (DOE) Hanford Site.  There he worked as a shift operations manager and then as the refueling manager for the initial core load of the Fast Flux Test Facility, the nation’s prototype breeder reactor.  Mr. Amerine furthered his career in the commercial nuclear power industry throughout the 1980’s, first as the Nuclear Steam Supply System (NSSS) vendor, Combustion Engineering, Site Manager at the Palo Verde Nuclear Generating Station during startup of that three-reactor plant and then as Assistant Vice President Nuclear at Davis-Besse Nuclear Power Station. There he led special, interdisciplinary task forces for complex problem resolutions involving engineering and operations during recovery period at that facility back in the late 1980’s.

Davis-Besse was the first of eight nuclear plants where he was part of the leadership team or the leader brought in to restore stakeholder confidence in management and/or operations. In the DOE Nuclear Complex these endeavor recoveries included the Replacement Tritium Facility, the Defense Waste Processing Facility, and the Salt Waste Processing Facility projects. In addition to Davis-Besse in the commercial nuclear industry, in 1997 he was brought in as the Vice President of Engineering and Services at the Millstone Nuclear Power Station where he was instrumental in leading recovery actions following the facility being shut down by the Nuclear Regulatory Commission (NRC).  His responsibilities included establishing robust Safety Conscious Work Environments (SCWE) programs.

In 2000, Mr. Amerine assumed the role of Executive Vice President of Washington Government, a $2.5 billion business unit of Washington Group International (WGI). In this role, Mr. Amerine was responsible for integrated safety management, conduct of operations, startup test programs, and synergies between the diverse operating companies and divisions that made up WGI Government. Mr. Amerine was then selected as the Executive Vice President and Deputy General Manager, CH2M Hill Nuclear Business Group, where he supported the President in managing day-to-day operation of the group, which included six major DOE sites, three site offices, and numerous individual contracts in the international nuclear industry.  He was charged with improving conduct of operations and project management, expenditures and staffing oversight, goal setting, performance monitoring, and special initiatives leadership.

Mr. Amerine came to B&W in 2009 where he was subsequently selected as President of Nuclear Fuel Services in early 2010 after the NRC had shut down that facility which is vital to the security of the United States since it is the sole producer of fuel for our nuclear Navy.  He led the restoration of confidence of the various stakeholders including the NRC and Naval Reactors.  The plant was restored to full operation under Mr. Amerine’s leadership.  He retired from NFS in 2011.