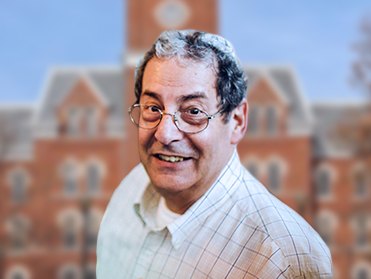 Michael S. Goldstein, Esq. is eGeneration Foundation, an Ohio non-profit corporation based in Cleveland, dedicated to advancing research, development and attainment of safe, clean, affordable, and renewable energy employing Generation IV advanced molten salt liquid core nuclear technology and applying it to solve real-world problems.
Michael Goldstein served as a Senior Attorney with the Cleveland Electric Illuminating Company (CEI) for nine years and was the first CEI attorney stationed at the Perry Nuclear Power Plant in Northeast Ohio.
He served on active duty in the U.S. Navy as a linguist overseas, including nuclear submarine duty, followed by 26 years in the active Naval Reserve, serving as Executive Officer and Commanding Officer of several Naval Security Group units. He retired from the Navy as a Lieutenant Commander (Cryptology Officer) after a 30-year career as an intelligence officer. Mr. Goldstein is currently President of the Northern Ohio Chapter of the Association of Former Intelligence Officers (AFIO), a national organization of former and active duty military and civilian intelligence officers dedicated to educating the American public on the need for a strong intelligence community in the defense of the United States. He now presents testimony to the Ohio General Assembly on Energy, National Security, and Education issues.
Mr. Goldstein has a B.A. in Economics, Political Science, and History from Michigan State University and his law degree is from Cleveland-Marshall College of Law. He is admitted to practice before all courts and administrative tribunals of the State of Ohio, as well as the United States District Court, Northern District of Ohio, and the United States Sixth Circuit Court of Appeals.
Michael is a Life Trustee of the Beachwood Chamber of Commerce and is active with many professional and civic organizations, including the USS Cod Committee and the Northeast Ohio Law Directors Association. He also volunteers as a speaker to veterans’ and civic organizations on national security, intelligence, and foreign policy issues.